"The greatness of a nation and its moral progress can be judged by the way its animals are treated." - Ghandi
Eat with Compassion:

The easiest way for people to help farm animals is simply to stop supporting the industries that exploit them. Not purchasing products made from animals is obviously the best choice. Choosing a plant based (vegan) diet or a diet without meat (vegetarian) is easy and more delicious than you may think. Indeed, it requires some sacrifice, but giving up something you enjoy to offer kindness, compassion, and literally life to another creature is far more rewarding. See our page Going Vegan for more!

If you choose to eat meat, even eating less is a step in the right direction. Remember organic does not have anything to do with how the animals are treated, and the egg industry (no matter how the chickens and cows were raises) creates extreme pain and suffering. Over 200 million baby boy chicks are ground alive in the egg industry and "spent hens" are killed at less than two years old even on "free-range," "cage-free," or "pastured" egg farms.

Dairy cows must be artificially inseminated and kept pregnant to keep them producing milk. The babies are taken away immediately so as not to damage the udder and the boys are sent into the veal pipeline, while the girl calves are kept chained in small crates until they are ready to become pregnant themselves. Spent dairy cows end their lives being killed for cheap meat, and often "organic" farms have sick animals that are in extraordinary pain from diseases such as mastitis of the udder.
Besides the food we eat, animals are used in many other products from medicine and cosmetics to boots and clothing. Reading labels, asking questions, and purchasing products not made from the exploitation of animals will help to reduce the demand for these products and save countless lives.
Visit Blackberry Creek:
We offer a variety of opportunities for guests to visit the sanctuary and meet the animals who call it home. Come to one of our private tours or a special event to show your support of farmed animals and the people they help!
Volunteer:
Volunteer at Blackberry Creek or a local sanctuary near you! We are run completely on donations with the help of many volunteers and we have a variety of jobs for various ability levels. See our Volunteer page for more!
Educate Yourself and Others:

The founder of Blackberry Creek first became interested in sanctuary work in college when she was handed a pamphlet by a fellow student that showed the cruel conditions of battery cage hens. Most people are simply unaware where their food comes from and how the animals are treated that produce it.  Educating yourself and others and making sure your values line up with your actions are the easiest things you can do to make a difference. Though the task may seem daunting, big change starts small. Saving the life of even one animal means a step in the right direction. You can educate yourself and others by: 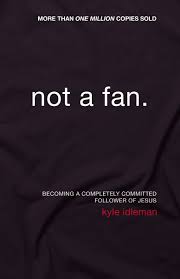 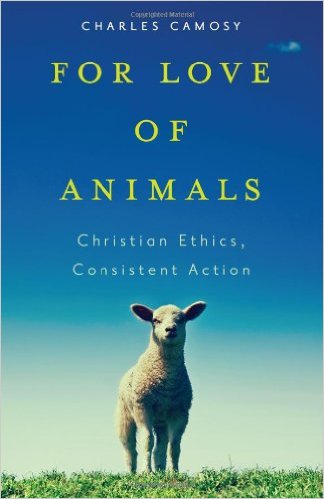 Why Show Kindness to All Animals?
Morally -
​
Most would agree that beings who have consciousness and sentience possess moral value. Because animals have consciousness and sentience, it follows that they therefore have moral value. As humankind's intelligence puts man in a possession to possess some level of control over his non-human counterparts, and because he has the ability to recognize feeling and awareness, he therefore is entrusted with a high level of responsibility over his fellow earthlings. To do the least harm to one another and show the most kindness is always the right thing to do.
Physically -

Transitioning to a plant-based diet not only saves animals, it can also improve your health and give you a longer life. Besides providing your body with nutritious foods that are rich in healthy fats, vitamins, fiber, protein, and minerals, a low-fat vegan diet has been shown to reduce the risk of stroke, heart attack and other cardiovascular diseases, several types of Cancers, Diabetes, Osteoporosis, and even Alzheimer's! It often helps to lower blood pressure and cholesterol as well.
Environmentally -

Whether you have lived on a farm your whole life or never stepped foot on one, you know a lot about how animals impact the environment because you are an animal. You need food, water, and a place to expel your waste. You may think that you do not consume or expel much, and you would be correct, but think how many humans there are on earth and then do the multiplication. There are far more animals on earth than humans and surprisingly, farm animals outnumber humans by a wide margin! According to The Economist, there are three chickens for every human on earth. Throw in cows, pigs, sheep, fish, and any other animal people consume, we are talking about staggering numbers.

We produce more than double the amount of food we need to feed the globe’s entire population, yet one in nine people do not have enough food to live on. Where does the excess go? To feed the animals. To wash down all that food, the animals need lots of water. Just in California, almost 50% of water is used for farm animals. Lastly, that food and water need a place to go once it has been utilized by the animals. Besides the giant cesspools of waste that factory farms generate, they produce 37% of all methane that is released in the atmosphere. Methane is twenty times more hazardous than carbon dioxide to our planet's warming.