"If only we can overcome cruelty, to human and animal, with love and compassion we shall stand at the threshold of a new era in human moral and spiritual evolution - and realize, at last, our most unique quality: humanity." ~ Jane Goodall 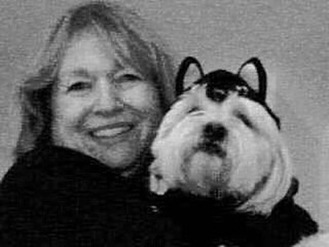 Barbara Micheal - Secretary
Barbara spent her career as a secondary teacher for 23 years and now finds that in retirement she has been drawn back to her students (Josh and Danielle!) and animals. She and her husband, Clark, own two black cats, Harry and Felix, and a Shitz-Poo named Bear.  Between them and the grand-kids they are  very busy!  Barbara also  volunteers with HandiRiders in Oroville, CA., which she enjoys very much as the former owner of horse who actually pretty much owned her.  HandiRiders is an organization that pairs special needs young people with horses for an hour of instruction and exercise with an emphasis on the individual's relationship with the horse. While working with HandiRiders, Barbara experienced first hand the powerful and healing relationships that animals and people can form and joined Blackberry Creek to promote her belief that it is peoples' duty to protect and love all animals, especially those who have been cast aside or neglected. She hopes people will visit the sweet animals at the sanctuary and form special bonds of their own. 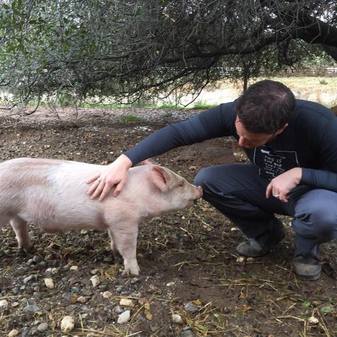 Joshua Hanosh - CFO/Co-Founder
Josh graduated from the University of California at Davis with a degree in finance and returned to earn his secondary teaching credential and his Master of Education. He now teaches math at the middle school level in Rocklin, California. In college, while watching the documentary Food Inc. Josh was shocked to learn how little he actually knew about where his food came from and how the animals used to produce it were treated. He began investigating his choices and eventually came to the realization that it was not just to cause suffering to animals simply because one derives enjoyment from eating them. Josh stopped eating meat (which used to be his favorite food) and vowed that from then on, he would show animals the kindness, respect, and understanding they deserve.

During his time in the classroom, Josh has drawn many parallels between young people and animals and believes humankind has a great deal to learn from our feathered, furry, and scaly companions on this earth. As one of the main caretakers at Blackberry Creek, Josh spends his time making sure the rescued residents feel secure, cared for, and loved. He enjoys helping people learn about making responsible and compassionate lifestyle choices and believes that one of the main ways God watches over animals is through the people He created. Josh hopes that through future programs for students, veterans, foster youth, and the elderly, people will come to find God's love for them and their own self-worth when they learn the miraculous stories of the animals who have learned to trust, love, and be loved in return. 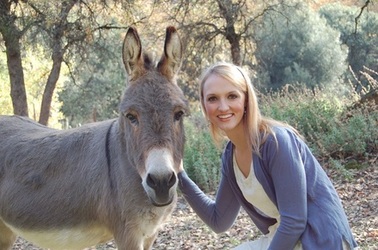 Danielle Hanosh - Executive Director/Co-Founder
Danielle attended UC Davis and earned her degree in literature before completing her teaching credential and Master of Education. She is a middle school English teacher who believes God has called human beings to care for those on earth who are lonely, depressed, voiceless, and in need. Through her daily work in education and her volunteer experiences, she saw a glaring need for both children and animals to be better valued and cared for in a society that regularly fails them.

She and her husband, Josh, felt called to open a farm sanctuary in Northern California to rescue animals from neglect, abuse, and slaughter, and to teach people that they, like the animals, can heal from their difficult pasts and move forward into bright futures where they are respected, valued, and loved.

After saving to buy property and adopting plant-based diets, Danielle and her husband Josh formed Blackberry Creek Farm Animal Sanctuary in 2014, and it is currently the home of over 40 animals including  donkeys, chickens, turkeys, cats, pigs, dogs, llamas, and a tortoise.